Timothy House, a residential facility for adolescent boys ages 12–17, is a ministry of Teen Challenge of Southern California and a faith-based program licensed by the state of California. For more information, please visit octimothyhouse.org. 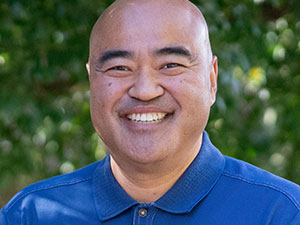 Tim Suk emigrated with his family from Seoul, Korea to the United States when he was seven years old. Growing up on the streets of Los Angeles, Tim became involved in gangs, drugs and crime at a young age, and spent years in and out of jail as an adult.

Tim came to know the Lord and was born again in 1995 while an inmate of Orange County’s Theo Lacy Jail. The following year, he entered the doors of Teen Challenge, a Christ-centered ministry that addresses addiction and other life-controlling issues. After completing the year-long program, Tim attended and graduated from Teen Challenge Ministry Institute. He spent the next 3 ½ years on staff at Teen Challenge in Hawaii.

As part of the Orange County Teen Challenge Adolescent Recovery program, Timothy House helps young men in crisis by providing a safe place where they can overcome life-controlling issues and destructive behavior and give them the tools they and their entire families need to move forward. Boys at Timothy House are given: foundational Christian instruction through the Teen Challenge National Curriculum from a certified teacher; individual and family Biblical Counseling from qualified Biblical counselors; and compassionate care through well-trained and experienced house staff. As a state-licensed facility, Timothy House sets a high standard of excellence in the care we provide.