The early years of Orange County Teen Challenge consisted of various homes, offices, and coffee shops. A handful of men and women were committed to bringing freedom to those caught in addiction and prevent many others from ever having to experience the destructiveness of drugs, alcohol and gang violence.

In 1966, a few Christian men rented a two-story home in Garden Grove where they began outreach and evangelism during the Jesus movement. In 1967, they opened a coffee house in Huntington Beach called the “Gospel Light Club,” where kids would come by the thousands to experience “Jesus, the Ultimate Eternal Trip,” which was painted on the wall. While hippies had their “Love-Ins,” Teen Challenge had “Praise-Ins” in local parks where they would host live music and evangelism. There were several homes throughout Orange County that were equipped to house the addicts who responded to the altar calls. To help prevent kids from having to suffer through drug addiction, anti-gang and drug rallies were conducted in junior highs and high schools all over Orange County. Hundreds of thousands of youth heard the message of Teen Challenge in the late 1960s.

In the 1970s, Orange County Teen Challenge headquarters was located in the Orange Circle in Orange and drug education in schools, youth rallies, and community outreach continued to be at the forefront of the ministry. It also expanded to include outreach in local jails, which led to Orange County Teen Challenge receiving Disney’s top award for community outreach. There was also a 24-hour help line and a radio program called “Rap Line,” which once prevented three teens from committing suicide in one night.

In the 1980s, Teen Challenge purchased a facility on Main St. in Santa Ana. A “Teen Academy” was opened that provided education, Bible studies, counseling and training to help families with teens overcome addictions.

In the 1990s, a residential home for men was opened. It started out with 4 staff and 10 beds for a 3-month induction program. Though the Teen Academy had closed, youth ministry and outreach continued to be the main focus with the “His Kids” group already going strong. The small house on Main St. turned into a lighthouse for the surrounding community. The adult induction program grew into a 20-bed facility. “God’s Gang” was added in 1992 to provide a place for violent and at-risk youth to learn about Jesus.

A computer lab and learning center was opened for kids to study and receive tutoring after school. Youth outreach spread to San Juan Capistrano and a satellite center for tutoring, youth groups, and neighborhood evangelism was opened there in 2002. Today, groups of at-risk kids are taken (most for the first time) to winter camps, sports events, and theme parks to develop lasting relationships and provide alternatives to gangs and drugs.

In 2006, Orange County Teen Challenge acquired a 4,000-square-foot building, which was renovated to facilitate the rapidly growing youth programs. The new building facilitates parenting classes for families with at-risk youth and pregnant teens, English as a Second Language classes, and support groups. The house behind it was also purchased and is now used to house graduates in the “Mentoring Program” who are in transition from dependents of Teen Challenge to productive members of society.

Evangelism and outreach to at-risk youth and families has always been at the heart of the ministry in Orange County Teen Challenge. 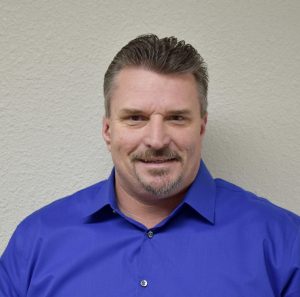 Shane was originally introduced to Teen Challenge at the age of 15-1/2 during Red Ribbon Week at his high school. Teen Challenge was there along with a guest speaker and they offered to shuttle students for the next few weeks to Orange County First Assembly of God. At this time in his life he had already begun using marijuana, LSD, ecstasy and meth. He was spiraling out of control. Committing crimes, going in and out of juvenile hall. By the grace of God, a seed was planted during those few weeks. Much of his family had a solid relationship with Christ but Shane didn’t. After he turned 16 he bought his first legal car from Teen Challenge, which by the way was a donation to Teen Challenge of Orange County. If you ask him he will tell you he had several cars before then but they weren’t necessarily his!

While a seed was planted and Shane stopped his criminal behavior, the partying didn’t stop. A true relationship with the Lord hadn’t yet developed. At the age of 20 he started working as security in a bar and started to drink. As a child of alcoholics he swore to never drink and this decision would shape the next 15 years of his life. Thankfully he was reintroduced to Christ and baptized at 21, helping him to break away from all his addictions except marijuana and alcohol.

But his relationship with the Lord still wasn’t cemented. What could be considered a social drinking habit (code for denial) developed into full blown alcoholism after practically back-to-back injuries left him immobilized for just less than a year. He was not able to break free on his own and ultimately lost his home to foreclosure.

At 35-1/2 he found himself staying at Mom’s house and needing help. She reminded him of Teen Challenge and the good work they do. A short time later, his brother was grocery shopping and ran into a Teen Challenge student who shared his testimony and the transformation he had experienced. Still lost in his alcoholism, Shane needed one last sign and it came from a “Will you help us” pamphlet he pulled from his pocket as he was discarding empty vodka bottles the day after an Angel’s baseball game. He remembers seeing a Teen Challenge student with a red sweatshirt, who was kind enough to reach out.

At 35-1/2—nearly 20 years to the day he first was introduced to the ministry of Teen Challenge—Shane entered into Orange County Teen Challenge, broken and desperate for healing. Shane completed the one-year program and did his Internship at the Castle (the Inland Empire campus). Late December of 2011 he returned to Orange County and was committed to getting hired. If he wasn’t able to be than he would do reentry because he wasn’t going back. Tim Suk took a chance on Shane and hired him in January of 2012.

At Orange County Teen Challenge, Shane’s primary focus has been to show Christ’s love with a servant’s heart. After serving in several positions, he now serves as Superintendent of Operations. He oversees center operations, the men’s home, and the robust youth prevention programs. He works with volunteers and supporters to help further the ministry of Orange County Teen Challenge.