Skip to content
“God Brought Me to Teen Challenge” 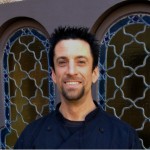 Chad is proof that even those who have walked away from God and turned to a life of drugs can once again find a bright hope and future in Jesus Christ.

In 1991, Chad had committed his life to God and became actively involved in church activities and mission trips, but within one year, the lure of drugs drew him into a world of drug addiction and pain.

When his father died from cancer in 2004, Chad descended even further into a destructive lifestyle, one that drove even his family away. That year, he was convicted the third time for possession of drugs and spent four years in prison. After that, he paroled out into a rehabilitation program, got a job and enrolled in community college. It looked as if things had turned around for Chad.

“But I was lacking that one thing that I really needed, and that was God in my life,” he says. “I was like a hamster running on a rinky-dink metal wheel as fast as I possibly could, just to get where I was in the beginning—nowhere.”

Gradually, he fell back into old habits and soon received a third-strike conviction for possession of marijuana. But facing a possible prison sentence of 27 years to life, he knew he had to try something else.

The court sent him to another rehabilitation program, where he found that he loved working in the kitchen, but had to leave it behind when he was kicked out of the program for lying. However, although Chad had failed again, God had not abandoned him.

At his nephew’s baseball game, Chad met someone who recommended Teen Challenge and the next month he entered a Teen Challenge induction center. Once again, he found joy working in the kitchen, whether cooking or just washing dishes.

Nearing his Teen Challenge graduation one year later, he applied for and was accepted to culinary trade school under a full scholarship. Now reconciled with his family, Chad is looking forward to a career doing what he loves.

“I know that through whatever avenue God leads me, he brought me here to Teen Challenge,” Chad says. Because of the foundation he received at Teen Challenge, Chad has a hope and a future, free from the drugs that once held him captive and free from the threat of life in prison. Free to live a new life through the power of Jesus Christ.